The III Flat Track of Vintage Racing Spirit It took place on 10, 11 and 12 February at the “Salon du 2 Roues” in Lyon.

So as we were a stone’s throw from Galicia, the Urbana and Machete Company, we decided to go. 3250 km are not so much … or if …

Coinciding with a Motorcycle Show, the event was set up in a fairground, which included an exhibition of motorcycles, builders, an indoor Enduro circuit and an indoor Flat Track circuit.

It was an inviting Flat Track, so most of the “Pomada” of the European Flat Track, both builders and pilots, met. Of which we can highlight; Co-built, Dutch Brothers, Atelier Chatokhine, BcKustoms, Freeride Motorcycle Racing, etc …

It was not competition, simply exhibition, groups of 7 were entering track and logically, nobody wanted to be the last.

Pleasantly impressed by the love and culture that exists in Europe of the Flat Track, from kids of 16 or 17 to people well into their 70s, a lot of respect!

With respect to motorcycles, we were struck by the cult that exists in France towards the bikes of two Spanish times of the time; Bultaco, ossa and montesa. Some of them already destined for the Flat Track, but others of trial, enduro or road prepared for such effect. This gives you a clue of what is cooking in the Machete Company oven, you will know shortly.

Unfortunately we did not have ready our new project for this Flat Track and we had to borrow the “Sacamantecas” Ex from Adrián Otero “El Cojo Manteca” and thank you now for the support you have given to your new owner Marcos Troncoso “El Chubi”. 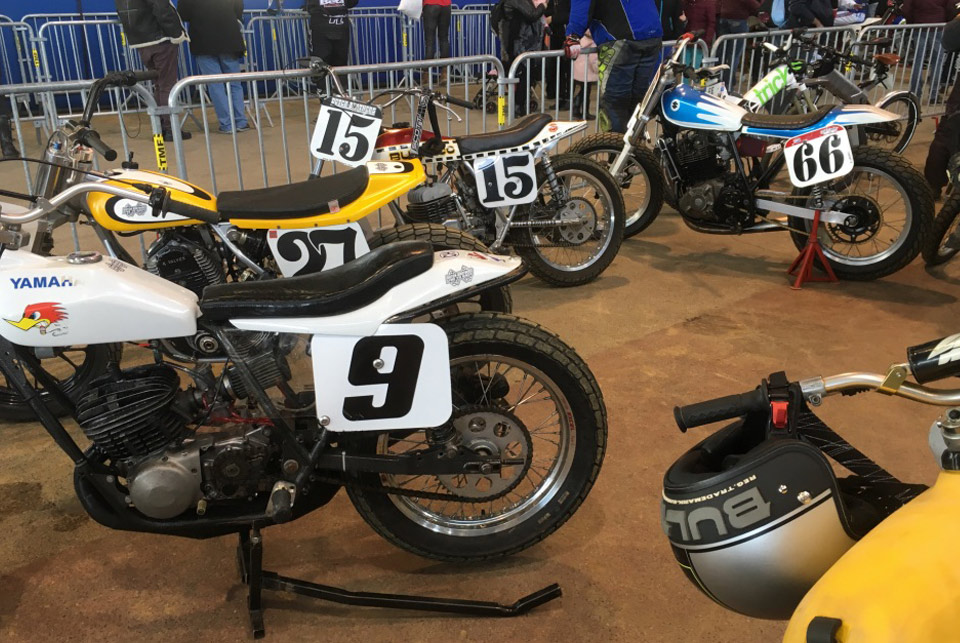 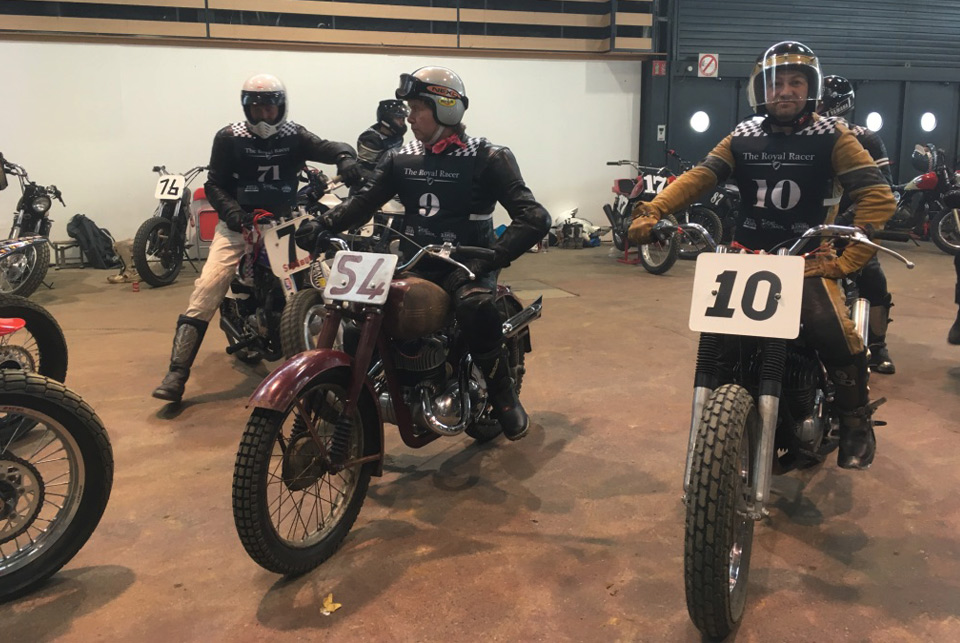 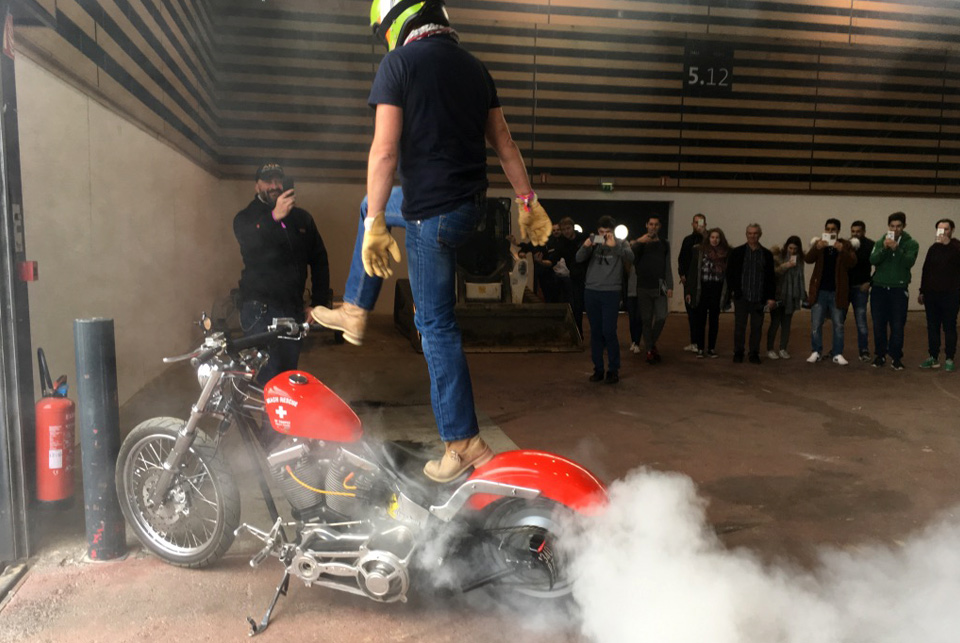 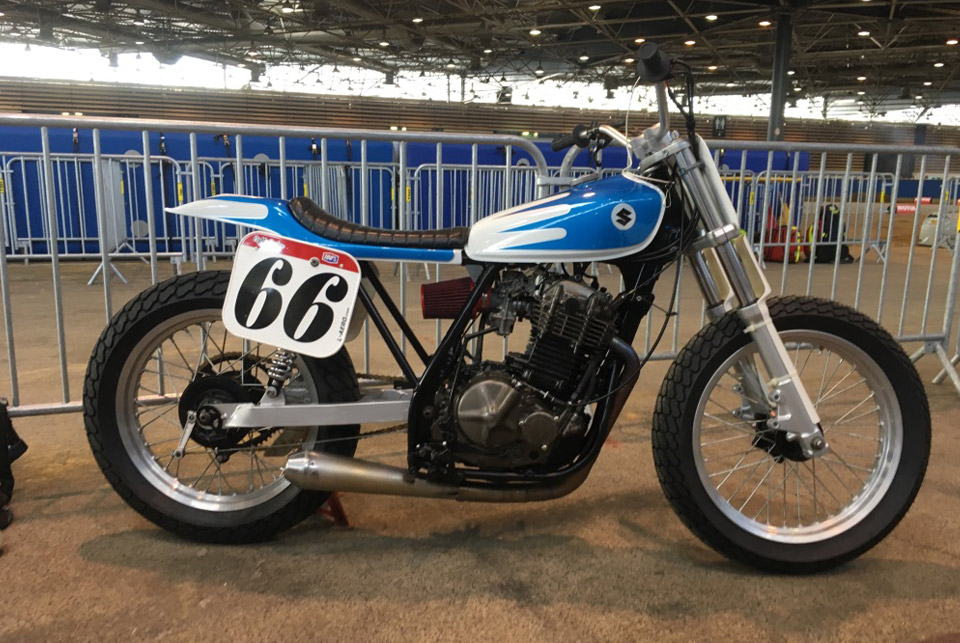