Bosozoku Girls, “before dead than simple,” a female biker band from the Empire of the Rising Sun. They make a milkshake between the American chooper culture along with the English coffee racer and put the icing on the Japanese Yakuzza.

Let’s explain a bit of where the Bosozoku Girls come from; its roots go back to the Sukevan, were a version of the Yakuzza but in feminine, equally dangerous and violent. Fed up with the machista oppression of the time, they founded their own identity. Uniformed with collegiate dresses of long skirt until the ankles, to be able to camouflage different weapons of edge of tempered steel, like katanas, knives, knives, etc … They claimed their rights with much violence.

Bosozuku gang is the second pillar of influence of the bosozoku girls; urban tribe born in the late 70s, dressed as kamikaze pilots of the Second World War, roamed the streets with their modified bikes fighting with rival gangs, against the police or against whom they put themselves ahead, passing the rules of circulation and other laws by the red circle. Sowing chaos there where they passed. They were practically exterminated as the government was tightening the laws to stop them.

The Bosozoku girls, tired of going in the seat behind their boyfriends, decided to create their own movement and their own style. They began to customize their bikes, not only in the mechanical part but also aesthetically. Belonging to this type of band was a great act of rebellion for the Japanese sexist culture of the moment, in which the woman was subordinated to the man. Born to meet their needs and always relegated to the background.

They exalt to the maximum power their femininity, as much with the colors of their motorcycles as with their uniforms, baroque tattoos, long fingernails of millions of colors, hair dyed in impossible colors, etc …

For all his rebellion and attitude in Machete Company we are very proud of this type of bands color our boring society marked by routine, mainstream and sedentary … THIS IS ATTITUDE !!!! 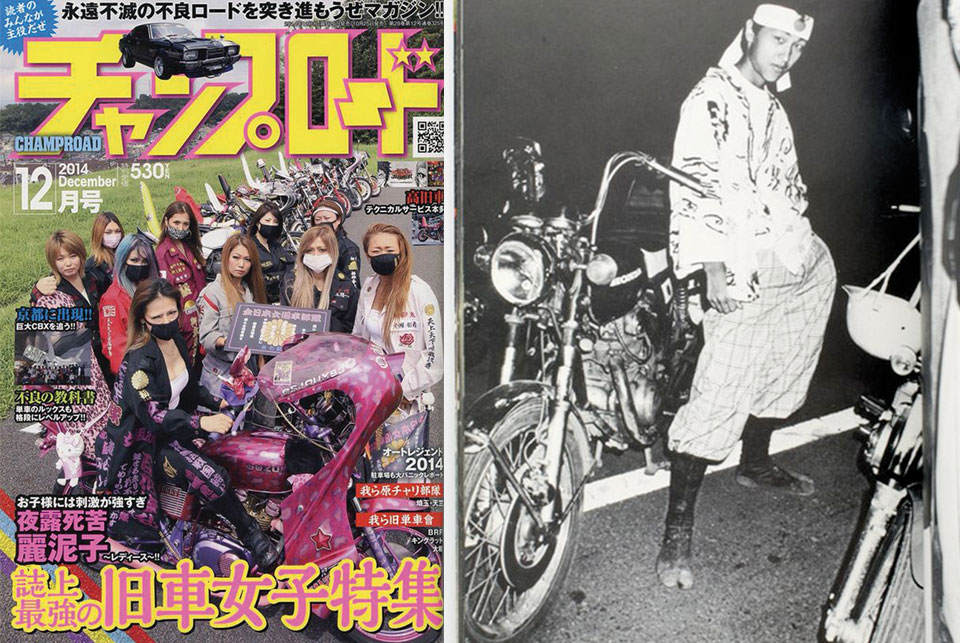