Dusty track 5, the fifth edition of this unique dirtrack, took place last Saturday September 12 in the town of Maia near Oporto. This time they surprised us with the location, this time in a racecourse, with a distance of 1 km, you can imagine the wick that could be taken on the straight.

Due to the passage of so many bikes throughout the day, the curves began to become more than track, in pure sand. But this did not stop taking fun to the subject, although the visibility was practically null when carrying a motorcycle ahead. The blessing of the race on the part of the parish priest of the town is something that gave us enough tranquility, since security was not the strong point of the event.

With enough heat and dust even in the softest areas, we had a fun day with our friends from the neighboring country. There were several sleeves with different categories; scramblers, pitbikes, choppers, urban, modified, etc … Even a guy with a MV Augusta decided to look for a manga and also put it on the track, something that the parish priest did not see better because of the profound sacrilege.

We suffered a small mishap with our bikes, as a Kamikaze boy with a quad hit one of our bikes and creating a good domino effect with several more nearby, thanks to the parish priest’s blessing, nothing happened to him, but he could not say the same about motorcycles.

We left happy with our result in our sleeves of our category (although we do not know if very successful), first place in the first and second place in the second (just two meters away from the first … jejej), due to lack of time, we could not dispute the following ones, but the result was going to be very even with “the pilot of hell” that preceded us.

We thank Dusty Trackc for its great event and the urban bike, Honor motorcycles, Adrián Otero (and his wife) and 5special for his company. Also to Flip Ribero for the penultimate photo and to Nuno Feliz for the last one. 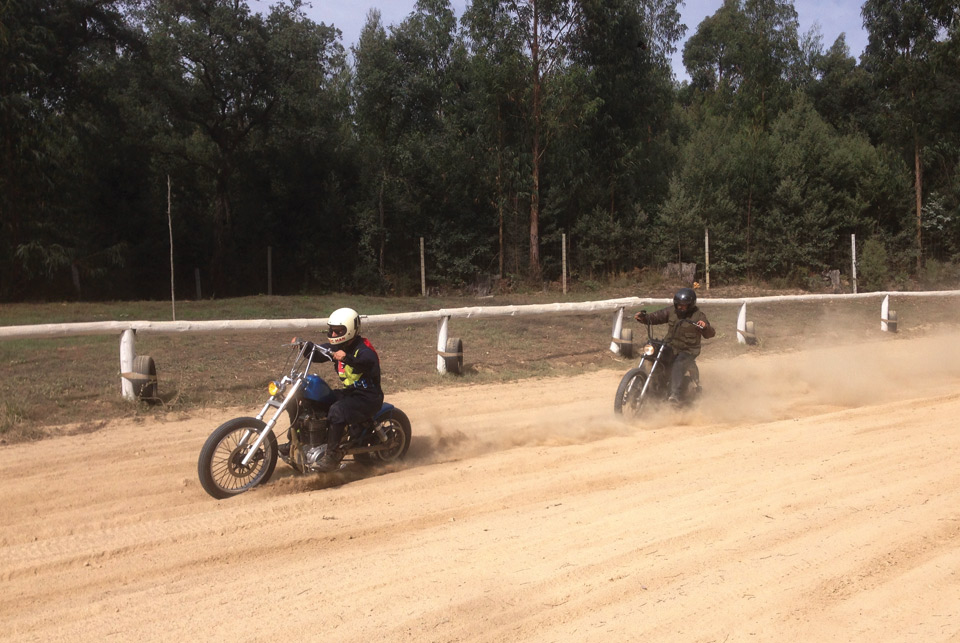