Motorbeach 2016, an edition that doubled attendance of the public with respect to its previous edition. A complete well-organized chaos on the quiet meadows of La Espasa beach, in the “border line” of the municipalities of Caravia and Colunga, a place in no man’s land.

During four days the tranquility of the place was broken with free escapes, two stroke engines, burnt oil, firing shorts, etc … All this added to the powerful performance of groups like Barracudas, Goodfathers and Dr Fellgood among others.

Another key piece of Motorbeach 2016 was what we assumed was the public relations of the GYPSY WALL OF DEATH, a swarthy dark-haired character with bluer hair than Gunilla Von Bismark, who we ventured to say with certain genetics of Moinante de Carballo. Nicknamed and presented by his show companions as “Obelix”, a name that came to hair, but in this case the kettle I think the kettle contained LSD. There is no known rest since the festival began until it ended, that with these eyes we saw him driving a crane of more than 15 meters, dismantling the platform of the Wall of death.

From the motorbike, Carlos Lameiro and company departed for Greece with his project, MOTORCYCLE FOR THE REFUGEE (In another post we will talk more about this). It is about raising money to take it directly to Greece to a refugee camp, a small contribution but a great gesture. Luck Lameiro !!!!!!! 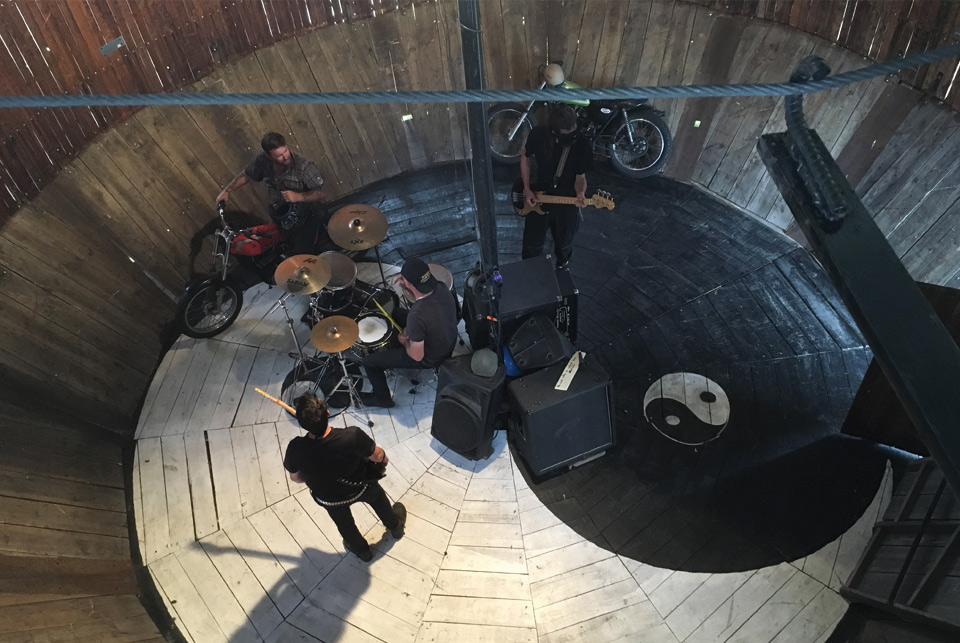