Robert Craig, better known as Evel Knievel, was a popular acrobat pilot from the 60s and 70s in the USA. Soon he was known worldwide for crazy challenges such as trying to jump the Snake River Canyon, jump a tank full of sharks in Chicago, the fountains of Caesars Palace in Las Vegas among many other follies.

Many of his attempts were successful and others not so successful. Throughout his career he suffered more than 433 broken bones, allowing him to enter the Guinness Book of Records, for being the survivor of the greatest number of fractures throughout life.

One of his worst accidents was in Wembley, London. Trying to jump thirteen buses, this jump was a “little painful” break in the pelvis. Once recovered, a few months later, he got this challenge in Ohio, still convalescing from his first attempt.

Evel was one of the most representative American icons of their culture, with a very peculiar aesthetic, a kind of mixture between Elvis, Circus Bullet Man and Mexican wrestler. His Harley-Davidson XR 750 also played a very important role in his image, as well as a great sales success and prestige for the genuine American brand.

Photographs from; the selvedge yard 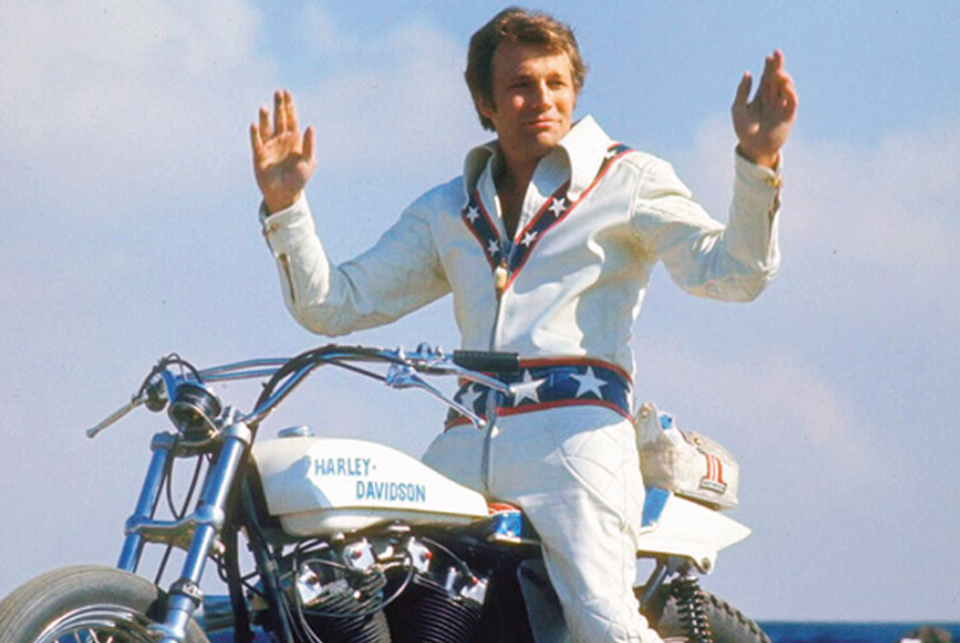 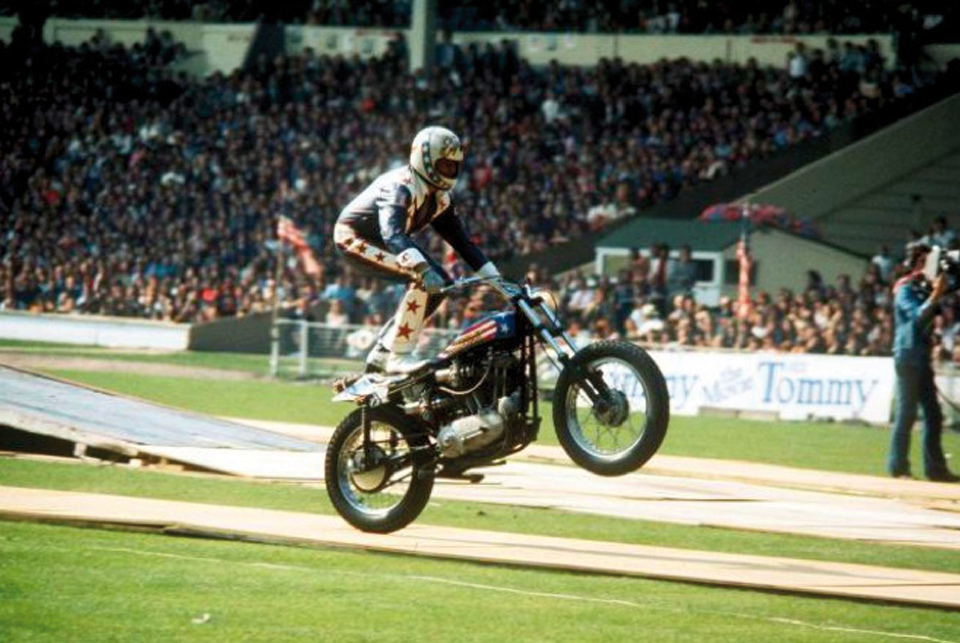 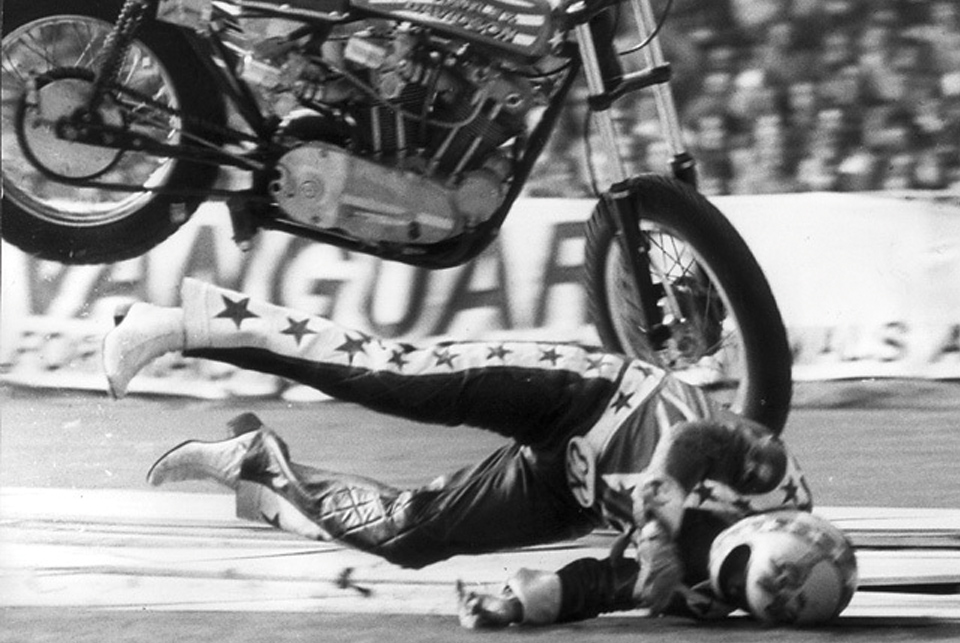 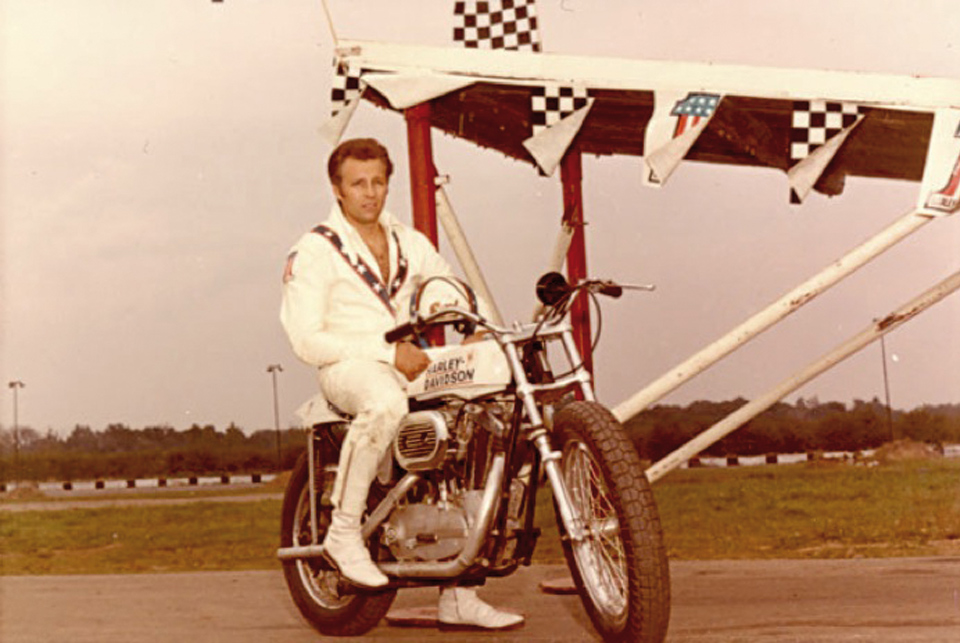