Machete skateboards presents our latest feat in the middle of the “jungle”.

It is a photo session in a barrier built under the philosophy D.I.Y. (By courtesy Anxo and Sam).

For those who are not up to date with the D.I.Y. (Do it yourself), it’s about building the skid modules yourself. Since in our city as in many others, the construction of the skateparks is a chimera, coincidentally it is only spoken of the subject once the most important skateboarding championship of the O Marisquiño peninsula is finished, promising the gold and the moro in terms of facilities and tracks are concerned. But once the day passed, the pilgrimage passed, and the subject was not discussed again because it is no longer news and back to the same nor a decent track for the practice of skateboarding throughout the city of Vigo. City where the most important national skateboarding championship is held and one of the most important in Europe. Also currently scoring for the WCS world circuit.

We assume that for some people it is more important to ship boats in the middle of roundabouts than to bet on the sport and for future promises in this discipline.

Well, after leaving the branches for a while … hehehe … we return to the photo shoot by Janite in the municipality of Beade with Cuchillás as the protagonist.

What was our surprise that we live live his mutation of blades in lyántropo !!!! … In contact with this natural environment, began to emit screams and sounds that were not of this world! … In our ears we heard a macabre laugh, similar to a roar sounded incessantly, an endless hunger for blood and souls. The laughter of the devil dominated him.

Contrary to popular belief, lycanthropes are not human beings who mutate into wolves, but ordinary people who are possessed by a thirst for unstoppable blood who are forced to strike down everything around them in a homicidal frenzy. That does not mean they are bad people, just better not to meet them.

These snapshots give credibility to our experience !!!!! 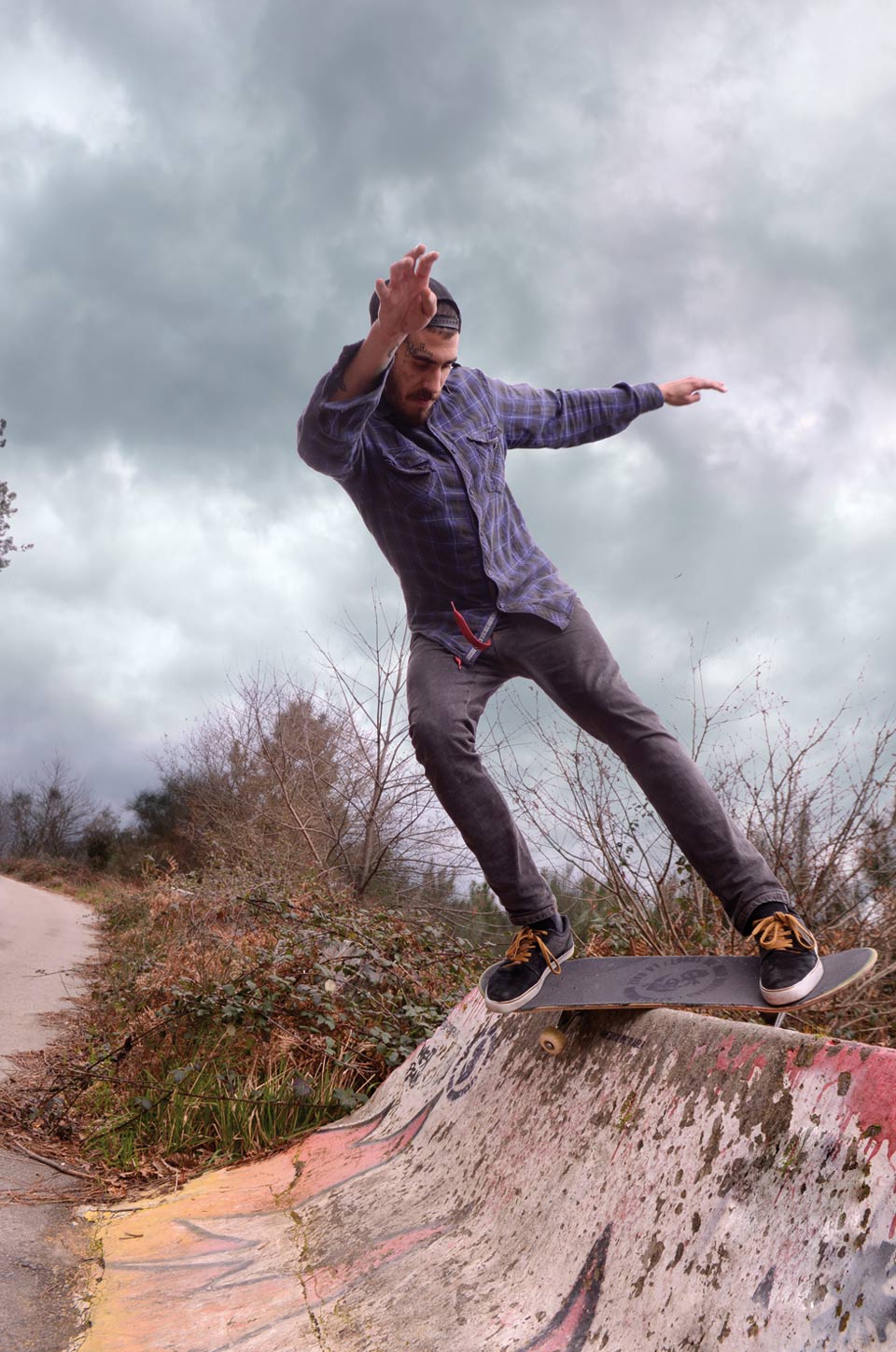