Mad Max, there is no doubt that marked a before and after in the era of post-apocalyptic aesthetics. Decked out with feathers and other animal remains, mixing them with chains and tools from the first industrial revolution. All this combined with violence, speed and some destape that another, was the perfect cocktail for any pre-adolescent of our time. And without mentioning the two red diamonds that appeared at the beginning of the film, defining it as a movie or suitable for minors, this made it even more interesting!

A lot has already been written about the first installment of the saga, the most authentic, although the others also have their interest. Since it was almost done with a budget to make a short film school today. Not to mention that many of the supporting actors and pilots of the film were members of an Australian biker gang.

So the fun and chance created a masterpiece, not with few headaches and setbacks by the hand of George Miller.

But here we are not to give more brilliance to this film (it deserves it, eye!) But to see the preparations for the new installment, the remake Mad Max, The fury Road. Gone are the Kawasaki KZ 1000 by Jim Goose and the Z900, along with the Honda CB 750 and 900 of the time. In this new release we can see a luxury prop for both classic and current bikes, ranging from a Honda Goldwing to a trial gas gas through a BMW R low ride.

Kilometric tilters, tanned leather and a lot of rust make this new delivery of Mad Max a gem to which artistic direction refers.

Here we leave you a few mounts for your delight !!!!! 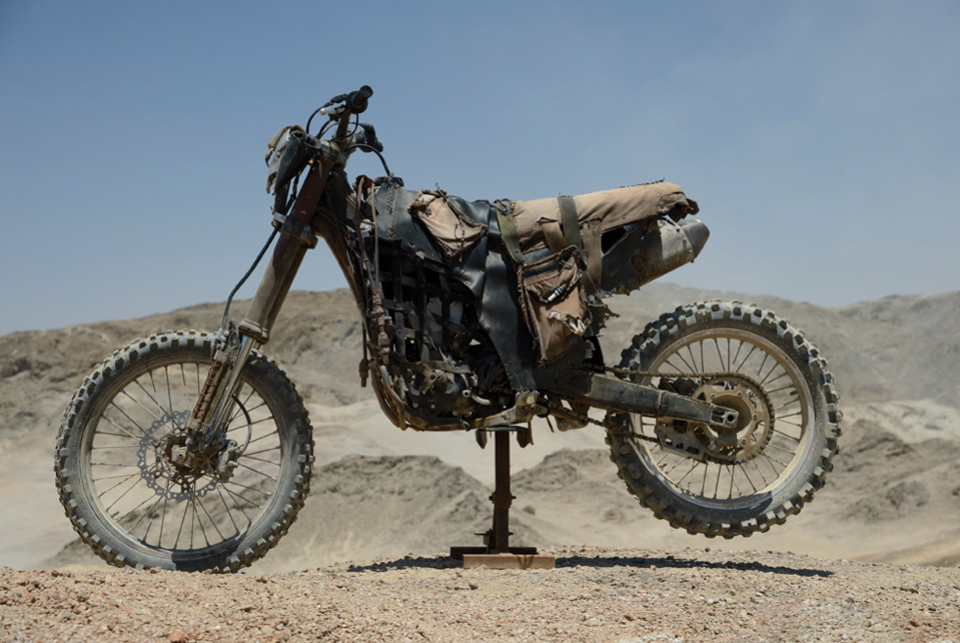 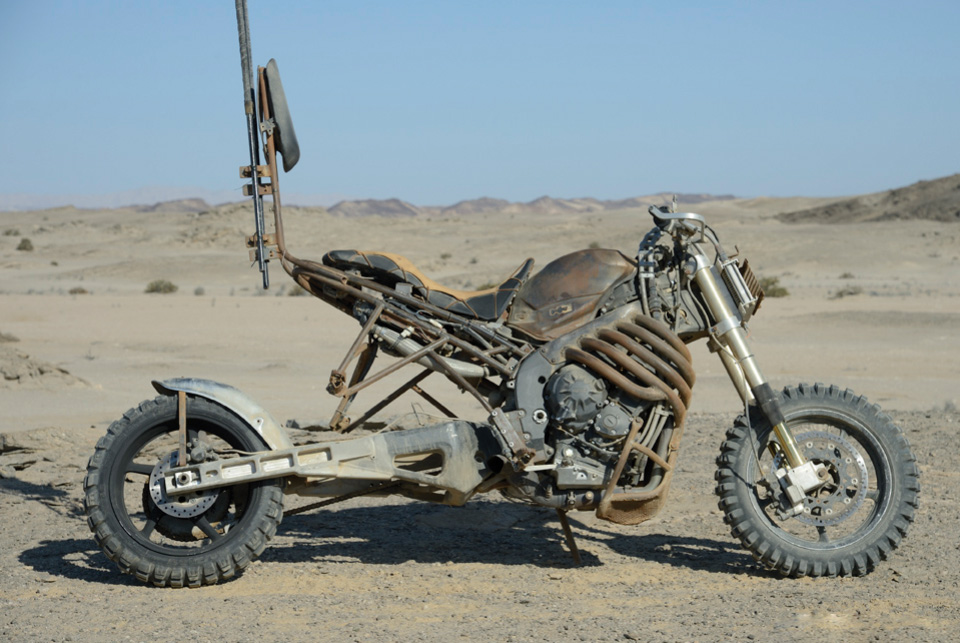 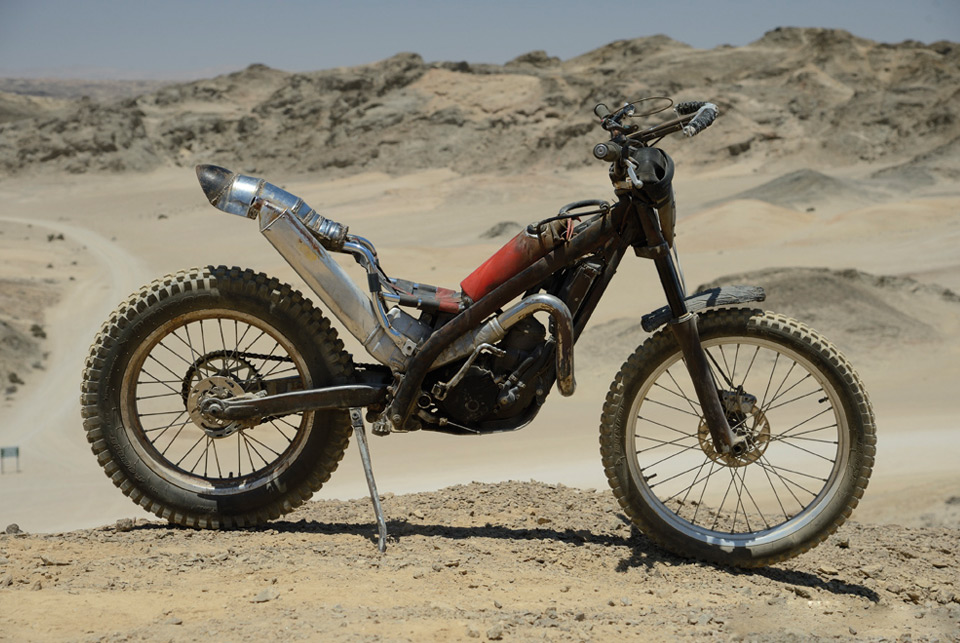