We have the pleasure of presenting you to Pelucas, an urban artist, not very gallerist and great friend. You can see part of his great work in many of the walls of the city of Vigo.

He and his twin brother Tiñas (Liqen Jakala), have lived a childhood dotted with skateboarding culture, but always from their particular perspective.

Wigs is transgressor, recycler and heavy drinker. Lysergic is as best defined personally, since much of his work leaves “the doors of perception” wide open and ventilating.

After several trips around the world, he has decided to settle in Mexico.

Wigs in Mexico, sounds like a title by Paco Martínez Soria, but nothing is further from reality, that’s where greater recognition is having with its murals, the discipline in which it works best.

The culture of the murals in Mexico goes back to the pre-Hispanic civilizations, although it had a greater development and consolidates as a discipline at the beginning of 1920, having as its purpose social or political messages apart from an ornamental character.

This tradition continues until these days and our friend Pelucas is contributing significantly.

We also highlight the collaboration he has done with us illustrating a surfboard (shortboard), a great job that we will show you later.

Here we leave you some images of his last mural works and some other pieces. 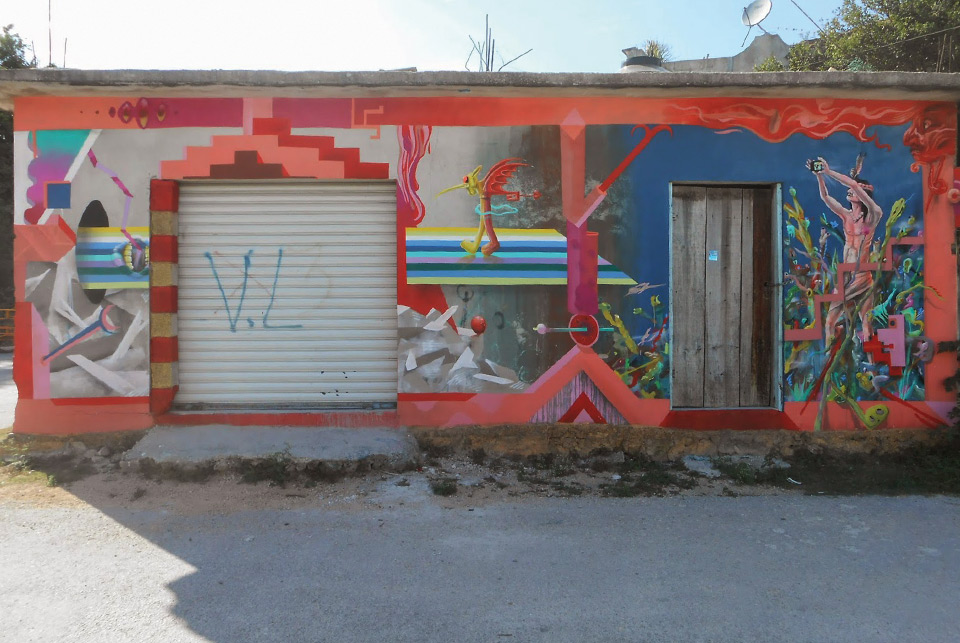 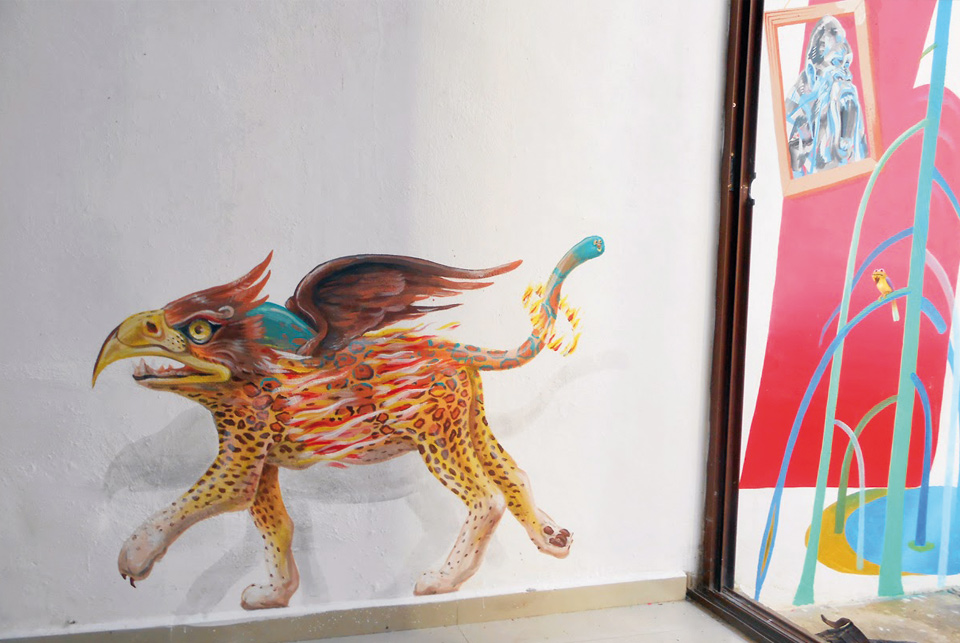 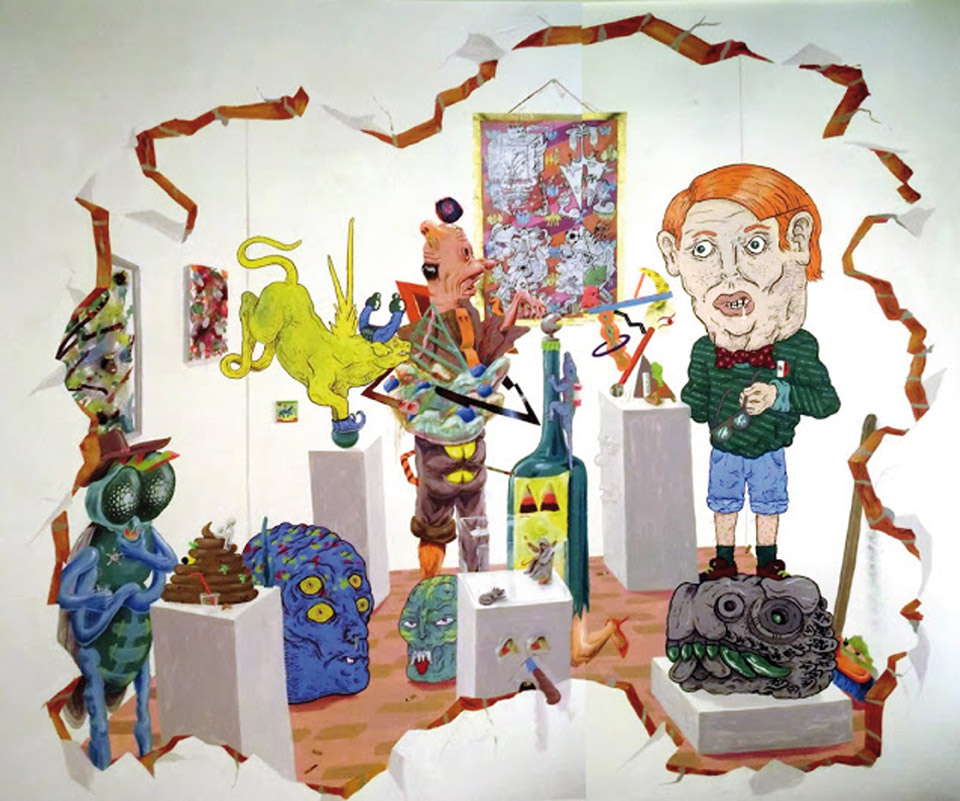