Rat Style, is a type of modification of both cars (Hot Rods) and motorcycles. Although originally comes from cars.

The Hot Rods are born in the USA, more specifically in California in the mid-40s, although from the 20s with the birth of the car chain by the hand of Henry Ford and began the first customizations. The idea was to give the car more power to the engine and modify certain components such as suspension or tires. As well as stripping it of superfluous details “not necessary”, fenders, lights, hood.
The objective was to compete in illegal street races, which did not lack large doses of alcohol and testosterone, a more potent mixture than nitroglycerin.

During the following decades the Hot Rod phenomenon became popular and with it came a range of trends within the style itself. As well as quantity of workshops where they were almost done in series, losing the initial essence of making it personally. With the appearance of chrome and airbrush, it gradually lost its initial essence.

It was in the mid 80’s when the Rat Style was consolidated, a kind of return to the origins of the Hot Rod, stripping the vehicle of what is merely necessary and carrying out the customization itself, with the main objective of lightening it to obtain a greater power or speed.

Here we present “La Guacha” is a bike created in the purest “Rat” style, a GS 500 that does not go unnoticed among the thousands of units sold.

Initially he had a frontal cupulín that unfortunately he has lost it since a tree fell on top of the bike destroying it completely. The watches were also damaged in that terrible accident, but as Leandro (owner and tattoo artist in “Mil Caminos”) says, “This has made her even more Rat style”. 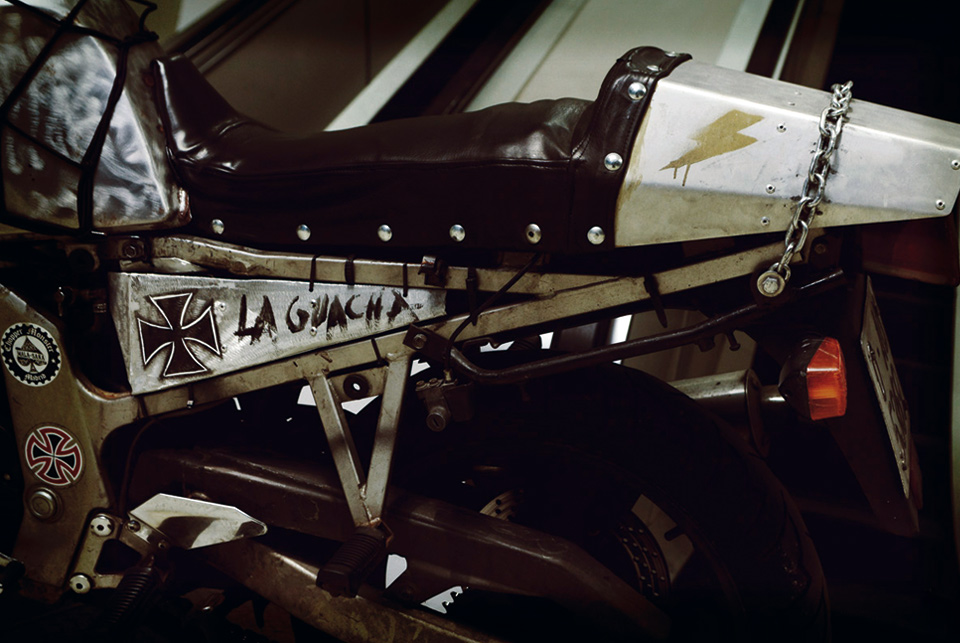