Wheels and waves 2016, the latest edition of this French festival where gasoline, paraffin and sandpaper are mixed. Located in the French Basque Country, Biarritz, but with locations in Hondarribia (Punks Peak), Lasarte (El Rollo Dirt track) and Pasaia Sebastián (Art Ride). As well as a routes along the Basque-French Pyrenees.

The show began on Wednesday, June 8 at Lasarte, with El Rollo Dirt Track organized by the people of Sideburn magazine. Pity of not having arrived on time and stay with the desire and with Pocker’s face in the parking lot just upon our arrival to the final lap of the finals. From here we thank GPS for the extraordinary coverage it has throughout that area.

On Thursday 9, it was the official presentation at Art Ride III in Pasaia (San Sebastián). Another event that we had to postpone due to mechanical problems in the powerful Bultaco Mercurio 175 GT, which 37 hours later were resolved, literally with fire, sweat and tears.

The same day the people of The Critical Slide Society organized a longboard contest on the beach attached to La cité del Ocean, where Thomas Bexon and his 9 “floated in the conditions of ankle wave sea.

The next day, the highlight of the Wheels and waves 2016 the “PUNKS PEAK” but unfortunately due to the adverse weather could not be carried out. Although we were able to enjoy the 15 50cc bikes created for “la copita”, a cup created by El solitario Mc, inside the Punks Peak. They made an exit simulation, three in three and no more than 5 meters lost in the dense fog. We continued with our good run of events and the wind against, although we had better luck than the owner of a Brought Superior, which appeared on the mountain in flames in the middle of the fog.

Saturday 11th day of the route, with our saddle ready and away from the din of the free escape that we had to suffer the previous day, we set off for Zagarramurdi, cradle of witches and massive steaks.

That same night we witnessed the suicide of one of the aspirants to “la copita”, in the Evil Knievel style with a landing in a pool.

Sunday Lord’s Day, he would come back and lick his wounds like a canid back home. We leave the Wheels and waves 2016 with the highest uric acid and the lowest moral. 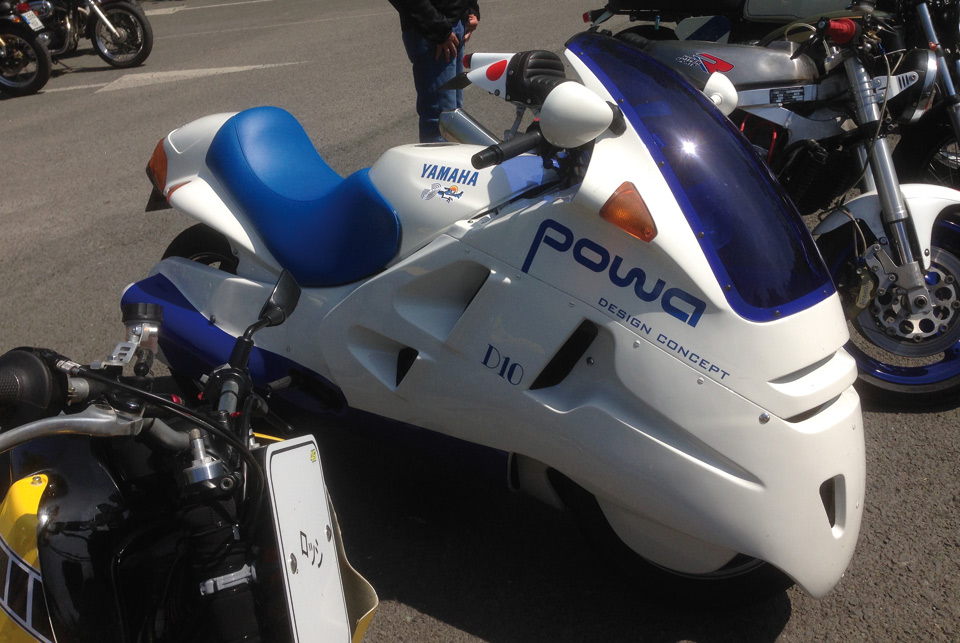 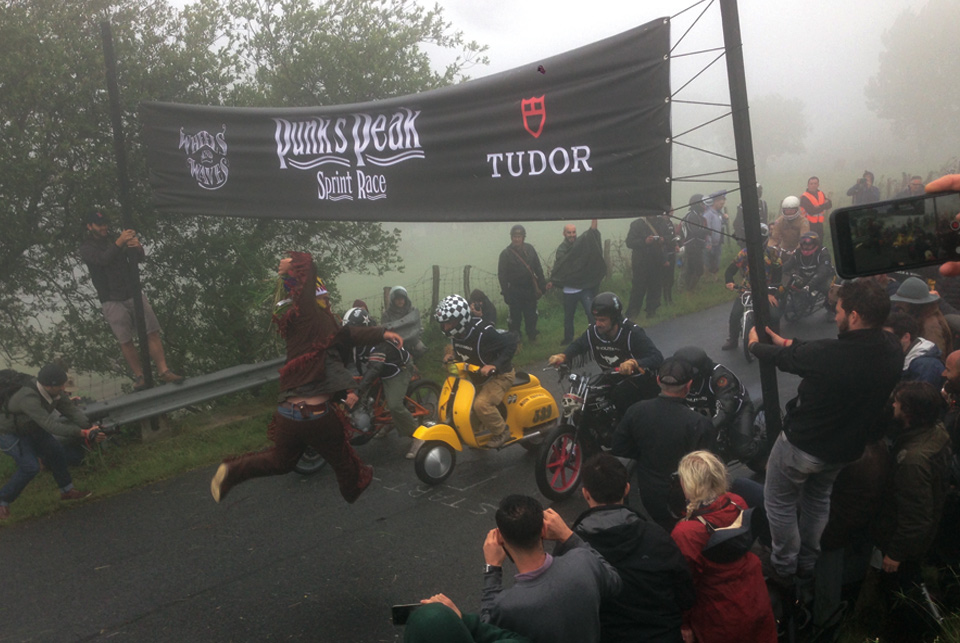